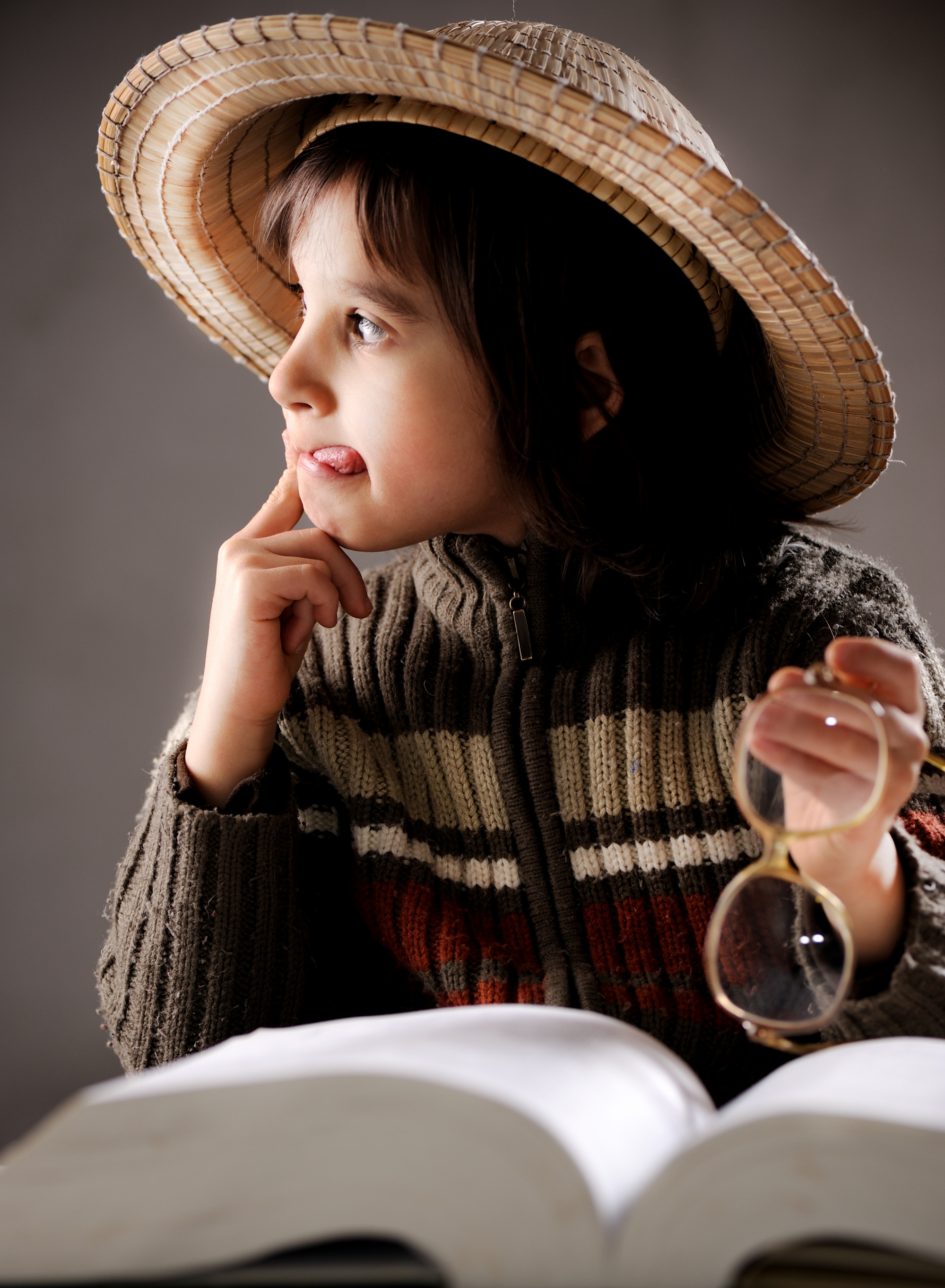 When Colorado’s kindergarten enrollment plummeted during the first year of the pandemic, people wondered: Where did the kids go and will they come back?

A year later, many young students have returned to public schools. The rebound hasn’t restored statewide kindergarten enrollment to pre-pandemic levels, but the trend line is positive. At the same time, first-grade enrollment continues to decline — partly because more families opted for kindergarten even if their children were age-eligible for first grade.

That dynamic is among several factors — from Colorado’s steadily declining birth rate to the launch of free full-day kindergarten in 2019 — that explain recent shifts in early elementary enrollment and provide a clearer picture of the state’s post-pandemic trajectory. Buried in the enrollment numbers are also deeply personal stories about parents and educators trying to figure out where young students belong and what they need after a disjointed or missing year of school.

Patricia Shirah, who lives with her daughter and her grandson Lucas just outside the Colorado Springs city limits, is still trying to find the right answer. In 2020 when Lucas should have started kindergarten, Shirah cared for him while his mother worked as a medical assistant. The house had no internet access and Shirah didn’t know where to start with remote learning, so they skipped it.

Last fall, Lucas started kindergarten, but after about a week moved up to first grade. He’s tall for his age, and his mother and Shirah wondered about the best fit.

“He’s a big boy. He needs to go with his age group,” Shirah recalled thinking. “I just thought, he’ll learn. He’ll pick it up.”

But now Lucas, who will turn 7 in a week, is floundering and may have to repeat first grade. Shirah is awash in questions. Does her grandson have dyslexia? Attention deficit disorder? Is he destined to struggle in school as his mother and aunts did?

“I wish I had never said anything,” Shirah said.

While kindergarten is not mandatory in Colorado, the vast majority of 5-year-olds typically attend. Last year, which began with remote learning in many schools, kindergarten enrollment dropped by 9% statewide. First grade enrollment also dipped, but not nearly as much.

There were a few outliers. For example, the suburban Mapleton district north of Denver, known for attracting out-of-district students, saw increases in kindergarten and first-grade enrollment last year and this year.

In addition, early elementary enrollment in 30 schools under the auspices of the Charter School Institute, a statewide authorizing body, grew significantly during the pandemic. Collectively, the schools — three of which were new last year — added more than 400 kindergartners and more than 300 first graders during the past two years, amounting to double-digit growth rates in both grades.

Terry Croy Lewis, the institute’s executive director, believes one of the reasons enrollment grew is because charter school leaders could react nimbly during the pandemic.

“Our schools are really serving small communities and they try as hard as they can to be responsive. … They have the ability and the agility to do that,” she said. “They’re not part of a bigger system that’s a little bit harder to maneuver.”

Overall, about 60% of districts gained kindergartners since last year. Many of those that didn’t are small rural districts where year-to-year fluctuations come down to just a few students in each grade.

It’s impossible to account for every kindergartner missing from public school rolls last year, but it’s clear a sizable faction opted for alternative arrangements — home schooling, another year of preschool, or time at home with relatives.

Data from the state education department shows the number of home-schooled students at least doubled in every elementary grade last year and more than tripled in kindergarten — to nearly 1,500 children. The numbers have fallen off significantly this year, but there are still more home-schoolers than there were pre-pandemic.

Other families didn’t officially home-school, but elected to hold their children out of kindergarten last year — a practice often referred to as redshirting. Data from a sample of Colorado districts shows larger-than-usual contingents of kindergartners who are age-eligible for first grade this year.

Compared with two years ago, 60 more kindergartners are eligible for first grade in both the Adams 12 and the Greeley-Evans districts this year. There are 50 more in Colorado Springs 11, 40 more in Boulder Valley, and 25 more in Pueblo 60.

In Greeley-Evans, a 22,000-student district in northern Colorado, this year’s additional kindergartners helped push kindergarten enrollment above pre-pandemic levels, but also contributed to a 4% drop in the first-grade population.

District Spokeswoman Theresa Myers said of the larger kindergarten cohort, “It’ll just be a bubble of students who go through our system.”

Although the first-grade cohort could remain small, relatively speaking, district demographers are predicting overall enrollment growth in the coming years — “a good problem to have,” Myers said. In addition, the district is using federal COVID stimulus money to pay seven attendance advocates charged with tracking down students who went missing last year.

Dozens more kindergartners may be eligible for first grade in many Colorado school districts this year, but the numbers are small at the classroom level.

Colorado District 11 has 190 such students this year, and Annie Pelt, a kindergarten teacher at Adams Elementary, has two of them among her 17 students. Six-year-old Lucas was also in her class before he moved up to first grade.

Pelt said kindergarten is a critical stepping stone, where children get lots of hands-on activities and learn basics like tracking words from left to right in a book and blending letter sounds. Having students who are a year older than other students, and often more socially sophisticated, can be a plus — providing classmates with a good role model.

But the phenomenon cuts both ways. Pelt also has seen first-grade-eligible kindergartners who misbehave a bit more, sparking copy-cat behavior from other students.

Nine miles away in Virginia Stewart’s kindergarten classroom at Scott Elementary, three of her 24 students are eligible for first grade. Two, including one who moved to Colorado from another state, are repeating kindergarten because of parent preference, and one stayed in preschool last year instead of enrolling in kindergarten.

Stewart was anxious at the beginning of the school year, wondering where her students would be after such an abnormal year, but she’s been pleasantly surprised. The only major difference she’s seen in this class is weaker-than-usual oral language skills. Early on, it wasn’t just a vocabulary issue, but understanding how to have a back-and-forth conversation. She’d sometimes see one student ask a question, only to be completely ignored by classmates.

While many Colorado districts have seen partial recoveries in kindergarten enrollment and continued losses in first grade, some have experienced different — even counterintuitive — trends.

For example, the Cheyenne Mountain district in El Paso County, lost 40% of its kindergarten and first-grade students this year compared with 2019, but not because of the pandemic. The drops occurred because a large charter school the district had authorized for years switched its authorizer to the Harrison district last summer.

In Mesa County Valley District 51, kindergarten enrollment declined and first grade enrollment edged up this year compared with two years ago. A district spokeswoman said a recent change to the kindergarten eligibility window played a role in the shift.

Starting with the 2020-21 school year, the district moved the deadline by which kindergartners must turn 5 from July 15 to Aug. 31, expanding the usual 12-month span for kindergarten entry to 13.5 months for one year. That change plumped up last year’s kindergarten numbers — and this year’s first-grade numbers — but now the 12-month window applies again.

Source: https://co.chalkbeat.org/2022/2/28/22949607/colorado-kindergarten-first-grade-covid-enrollment-rebound
We use cookies to ensure that we give you the best experience on our website. If you continue to use this site we will assume that you are happy with it. Ok